You are here: Home > In Focus: Stanford vs. Sloan vs. Harvard: The Better and the Best

In Focus: Stanford vs. Sloan vs. Harvard: The Better and the Best 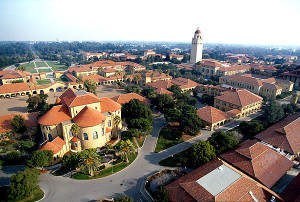 First things first, all three have been ranked No.1 in different ranking lists in different years. All have a reputed brand value that has been built by consistently putting in years of efforts and research capabilities.

Given the fact that candidates aim to invest their time, finances and efforts in their MBA prospection, let us today have a fair comparison between how these three schools stack up against each other.

Rank 1: Harvard Business School, established in 1908, holds a huge batch of MBA students closing more than 900 students, in different specializations. It has an academic staff of 200 members. Harvard Business School has an infrastructure which is difficult to match anywhere around the world. With 34 buildings and a representation close to university by itself, HBS classrooms and study halls are the best and most expansive for any business school in the world.

Rank 2: MIT Sloan School of Management, on the other hand, is a brand unbeatable of sorts. With its association to an academic institution revered for its research capabilities, Sloan is famous for its emphasis on innovation and invention. Sloan is also widely known for giving the management world some of the best known theories like Binomial Options Pricing Model, Theory X and Theory Y and Random Walk Hypothesis amongst countless others. In fact, the world’s first university based executive program, the Sloan fellows program, was sponsored by the then Chairman of General Motors.

Rank 3: Stanford School of Graduate Business, established in 1925, holds more than 700 MBA students, 80+ Sloan fellows and more than 100 PhD students in residence. There are three Nobel Prize winners on the faculty, two recipients of the John Bates Clark Award, 15 members of the American Academy of Arts and Sciences, and three members of the National Academy of Sciences. The school operates with annual operating revenue of $156 million, and is the second wealthiest business school in the nation with an endowment of $825 million. In August 2006, the school announced the second largest gift ever to a business school – $105 million from Stanford alumnus Phil Knight, Founder and Chairman of Nike, Inc.

Rank 1: Sloan, as mentioned above, has an extreme focus on creating new and strategizing for modern theories. Taking a cue from the MIT University, the academic level of the course is very rigorous with a lot of emphasis laid on analytical reasoning and quantitative analysis. The first semester, also known as the core, is the most difficult of all semesters by design. In fact, a very interesting incident happened in 2006, when students started placing their name cards upside down during the weeks where the academic pressure and build-up was the highest. Yet, truly, nothing comes easy when you’re in the best research school in the world.

Rank 2: Stanford has an awesome new teaching style called the “The Personalized MBA Education”. The newly dubbed style has four focus points. Firstly, it is aimed to offer each student a highly customized study experience by offering wider menus of course topics and Stanford Business School faculty advisors provide personal course planning mentoring. Second, the new program is aimed to enrich the school’s intellectual development and provision through many smaller, high-impact seminars focused on critical reasoning focus. Thirdly, the new program is intended to increase global exposure of its students by mandating the international experience and new course options which are more global and rhetoric. Finally, the new program looks to expand Stanford’s Graduate School of Business’ focus on creating leaders and improving communication via new courses which focus on the personal strengths of the students.

Rank 3: Although very widely acknowledged and copied by leading business schools across the world, Harvard Business School’s teaching methodology of case studies might need a bit of overhaul. In this method, students prepare teaching cases and the faculty acts as a moderator and a facilitator. Though this methodology is excellent to develop reasoning and thought, it might be more reactive than proactive, thus not necessarily making greater sense in today’s volatile business and economic environment. Though ranked number three, it is still way ahead and better than many other leading business schools in Europe and Asia.

Rank 1: Stanford is by all measures the most selective business school in US. With an acceptance rate as low as 6.8% for its class of 2012, it is the second most difficult business school to get into after IIM-Ahmedabad. Generally, the GMAT score accepted is 760.

Rank 2: Harvard, though has the biggest class strength of all three, is extremely competitive, given the number of applications it receives each year thanks to the brand value the industry holds of it. With an acceptance rate close to 12% and an average GMAT score of 760, HBS is no easy school to get through.

Rank 3: Sloan, as discussed lays a lot of emphasis on innovation, hence, is reputed to prefer science students, thus receiving an overwhelming response from science undergraduates. With an acceptance rate lower than 15% and an average GMAT score of 770, it is not an easy pie to eat!

Well, after all these evaluations on what we believe are the three most important criterions for a business school, Harvard comes as the best Business School of all three. If research is what you’re looking for, head to MIT Sloan, that’s the leader on the board there.

View all posts by Puneet Singh →

← Did You Miss Out On The First Round Of Applications For MBA Admissions?
Online MBA Guide – All your Online MBA course related questions end here →

Get published on B-School.com as Guest Contributor – send your articles, stories to [email protected]